You are here: Home / Archives for Food & Recipes / Desserts & Drinks 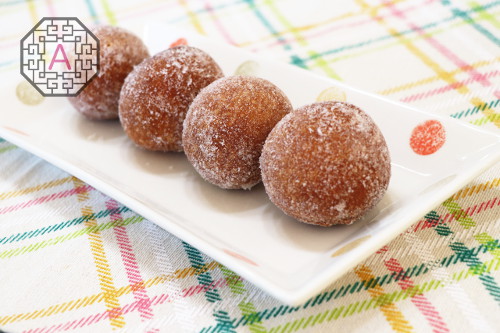 Do you think 3 dollars is too much for a doughnut hole at a Korean bakery? 😆😅 Today, I will teach you how to make irresistibly delicious Korean homemade sweet rice donuts called “chapssal donuts” in Korean. One day one of my Korean friends told me that she loves these a lot, but they are too expensive to buy at the Tous Les Jours Bakery inside H-Mart. I normally don’t buy stuff at the bakery there, but when I heard that it’s 3 dollars per piece, it was a jaw dropping experience for me. 😱 It shouldn’t be that expensive to make, considering the ingredients. You can buy a whole American donut for less than a dollar. I thought I definitely should make a recipe for this to share with my viewers, because I know there are many out there who love this kind of Asian dessert. Unlike normal donuts, these use sweet rice flour instead of wheat flour, so the texture is a little crunchy on the outside, but soft and chewy on the inside. Also, it has a sweet red bean paste filling, which makes this donut unique, and it will make you fall in love with it. Even though I called it a Korean donut, actually other Asian countries have similar types of donuts with different fillings and coatings. Try this popular Asian sweet rice donuts at home someday. 🙂

END_OF_DOCUMENT_TOKEN_TO_BE_REPLACED 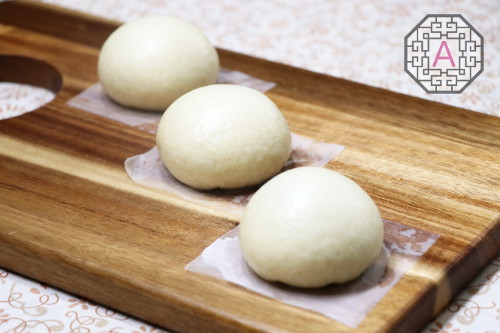 After watching today’s recipe, you wanted to try it but you felt that it seems too much work for you to make them? Okay, so I prepared a shortcut tip for you to try.

END_OF_DOCUMENT_TOKEN_TO_BE_REPLACED 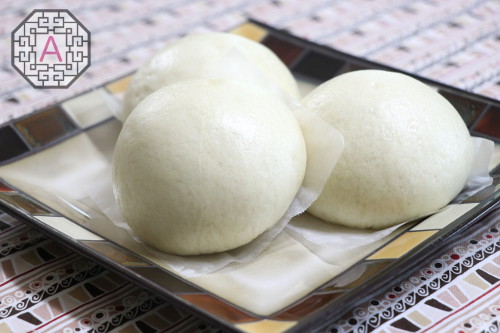 Today, I will share my recipe for sweet red bean steamed buns called Hobbang or Jjinbbang in Korean. The name is kind of cute and funny and the meaning of the names also make sense. When we eat this hobbang in Korea, it is usually on cold days in the winter. We need to be careful not to burn ourselves when we eat this hot steamed bun. So, to cool it down, we will blow the hot steam from the bun like this.. “ho~~ ho~~ ho~~” so the name for hobbang came from it. Ho is the sound we make, and bbang is bread in Korean. Jjin means an additive word from Jjida which means steam and again bbang means bread, so steamed bread is jjinbbang or hobbang. You will be surprised to see how easy it is to make these authentic and delicious steamed buns at home with your own hands. Let’s get started.

END_OF_DOCUMENT_TOKEN_TO_BE_REPLACED 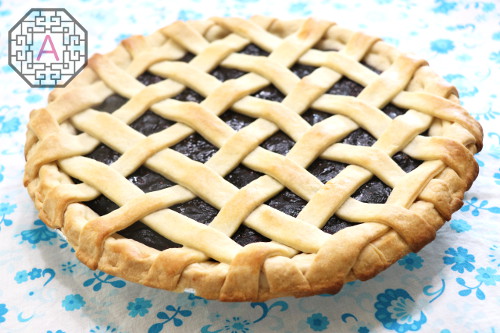 Hi everyone! Today, I want to share my ultimate blueberry pie recipe using frozen blueberries. If you are following me on Instagram or Facebook, you already saw several pictures of it. People wanted to learn how to make it, so here it is. A special thing about this recipe is that it’s made with frozen blueberries so you can enjoy it all year round. So far I heard from different people include my husband that it is the best blueberry pie they’ve ever tried before. Now, you really want to try this pie, right? I Hope you do. I will teach you how to make it step by step. You can see that it’s very easy and simple to make this fancy looking pie. Let’s get started.

END_OF_DOCUMENT_TOKEN_TO_BE_REPLACED 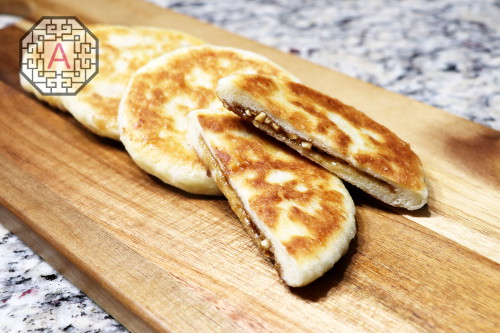 Hoddeok is a “traditional” Korean street vendor food. Korean people love to eat this delicious snack especially in the cold winter. It tastes best when it is warm. You can find the ingredients for this recipe easily anywhere, so I highly recommend this one. Do you like sticky buns or pecan rolls? If so, I bet you will love this.

END_OF_DOCUMENT_TOKEN_TO_BE_REPLACED

Hi! I’m Aeri Lee. Welcome to my website where I show you how to make delicious Korean food along with teaching a little Korean, sharing family moments with you, and other things. Read more about me and this website here.